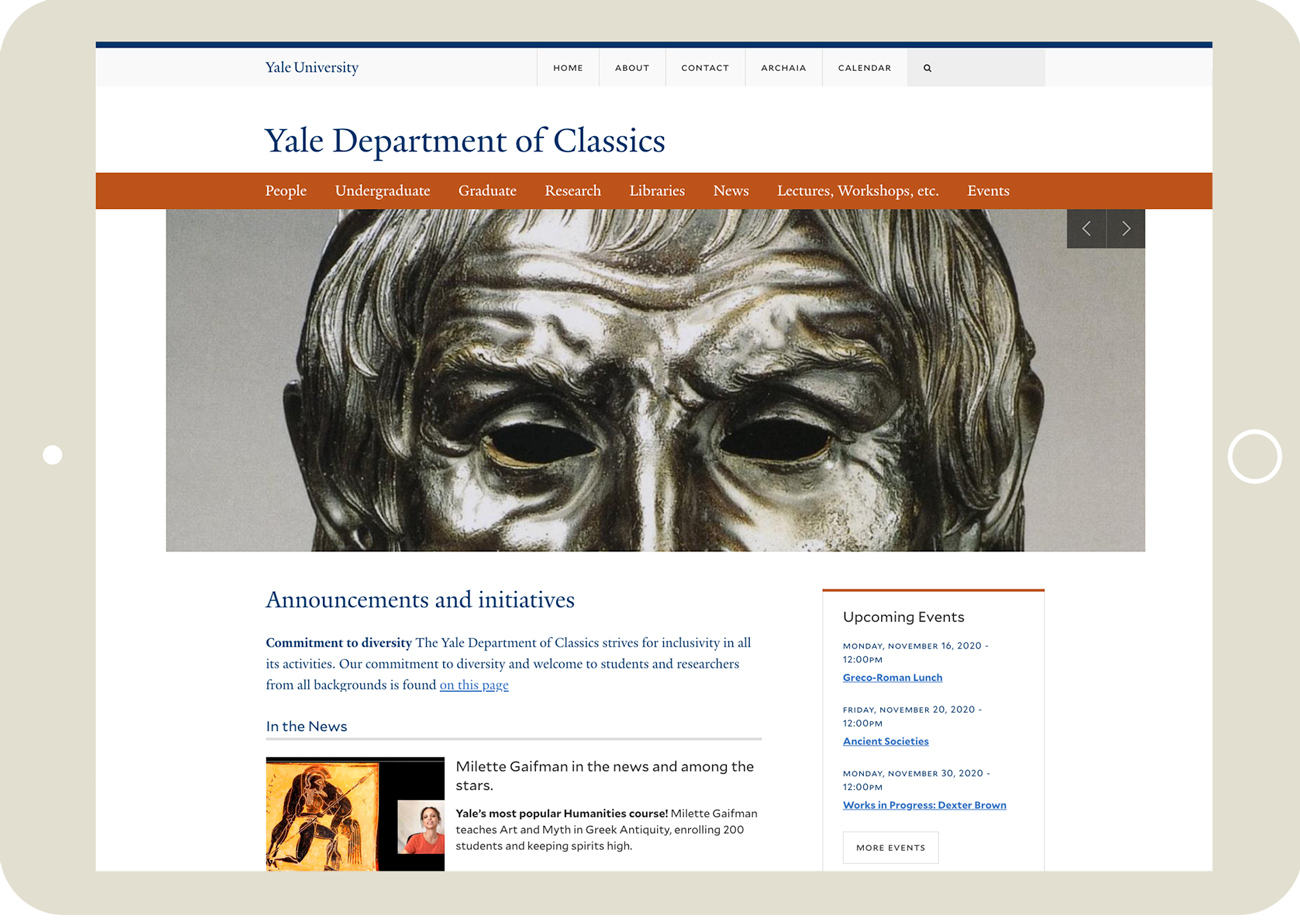 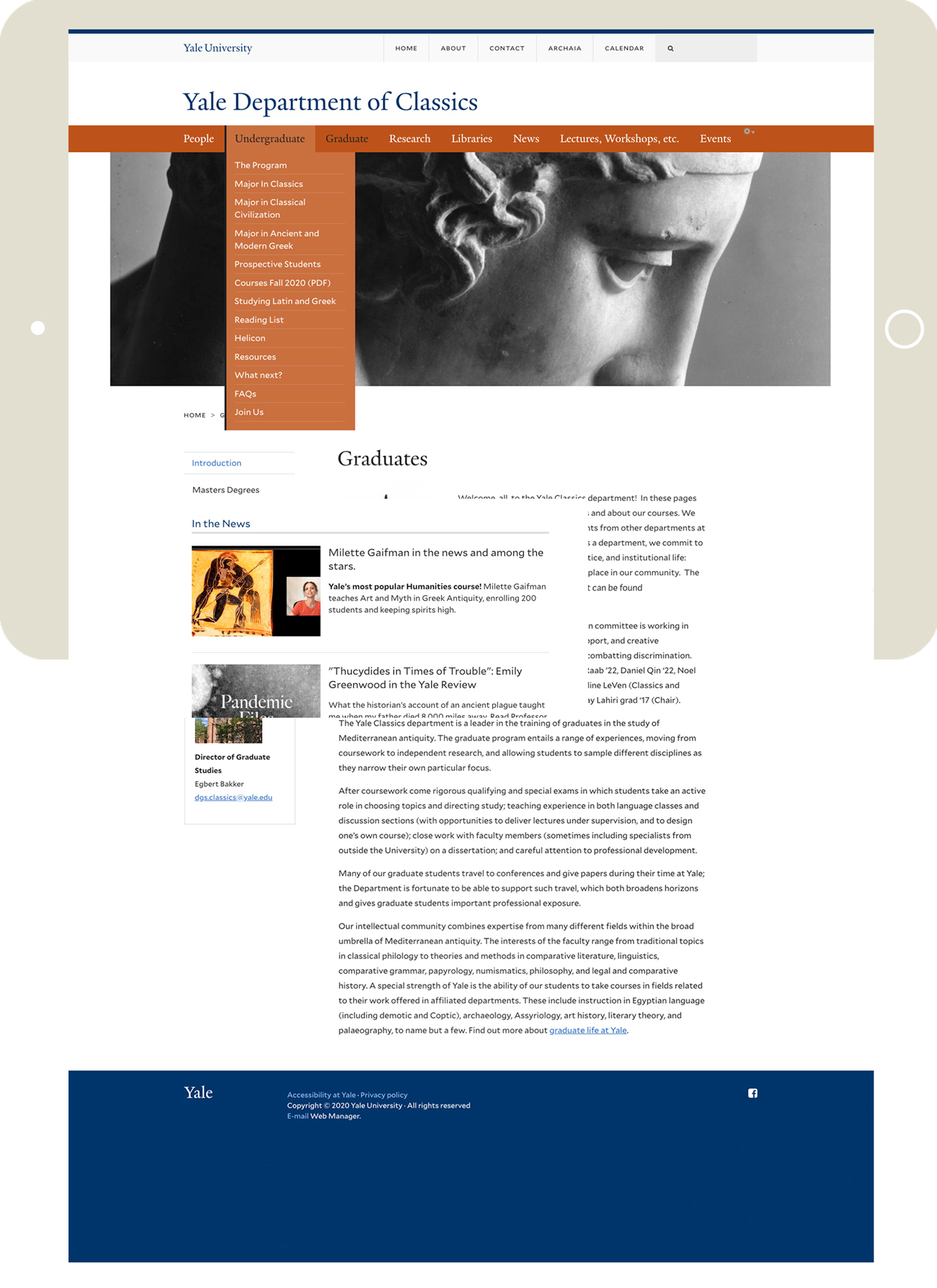 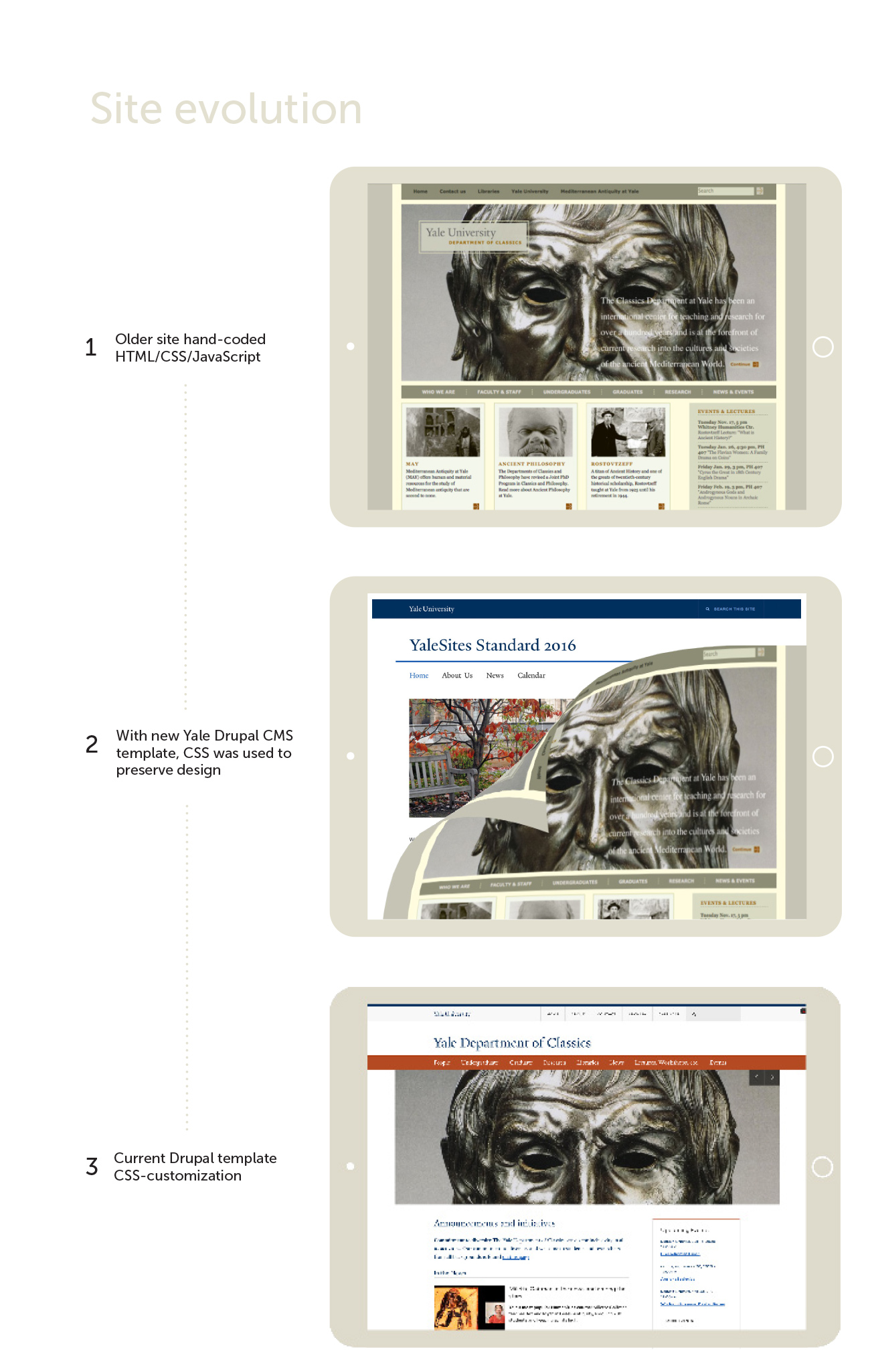 A short history of the evolution and adaptation of the Yale Classics website. The site was hand-coded originally, relying on current practices. As Yale increasingly adopted the Drupal CMS-platform, the client needed to adapt to the system, taking advantage of the integration with the university. The process from a strong individual design and look to one more aligned with the university template took years and developed in stages:

Hand-coded HTML/CSS and JavaScript, the site was managed independently. The approach served the client well as there was strong departmental visibility and flexibility in handling content.

With the new and emerging university-wide design, web-standards, and policies, the Classics department needed to move to and manage their site within the Drupal framework. Deciding to keep the design while at the same time move data to the Drupal-system posed a significant challenge. The given template used in the conversion is visible in the illustration as the original design was achieved by using a “veneer” of CSS, overriding the template-design, as suggested by the layer.

As the Drupal templates offered through the university became more refined, and closer alignment design-wise possible, the department decided to fully migrate to a new template to ease maintenance and comply with university regulations. We worked with the department to achieve design-continuity again using CSS to customize the design while relying more on the given framework. Special attention was given to functionality and aesthetics.